CinePartners Entertainment Inc. is based in Los Angeles and has a European production office in Hungary as well. The American principals of the company have well-established connections to U.S. agencies, actors and distributors.

We specialize in crafting financing solutions to enable companies to produce successful motion pictures. We can secure funding and structure co-productions for films that have some level of European expenditures, even for those who simply complete post-production in Europe. With numerous partnerships throughout the world, we can tap into European private and public funding, as well as tax-based financing. 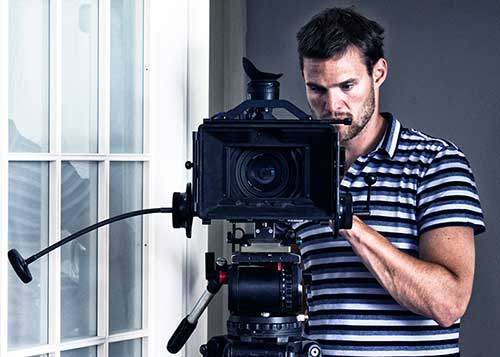 The international filmmaking students, who study film in Hungary with us, can learn directing, screenwriting, cinematography, editing and creative producing.

Founder and Managing Director of the Budapest Film Academy, Jeno Hodi, is an
American-Hungarian filmmaker, multiple award-winning director, writer and producer. He studied at one of the most renowned universities in the US, Columbia University,
earning his Master’s Film Degree in classes taught by Milos Forman, Brian De
Palma, Frank Daniel, John Avildsen and Dusan Makavejev. He was the first student
in Columbia University’s history to write, direct and produce a 35mm feature length
film while studying in its graduate film program.

Throughout his career, Jeno’s role as a filmmaker has extended into all areas of production. In addition to selling fifteen screenplays, he has directed and produced several feature films, a variety of short films, commercials, television pilots and stage plays.

As a filmmaker, he is proud of the fact that most actors he has worked with consider him an “actor’s director”. He has had years of training with some of the finest acting teachers. He was a member of Milton Katselas’ Master Class, attended Stella Adler’s acting workshop, and is a member of the writers/directors unit at the Actor’s Studio. Jeno’s last film, Metamorphosis, won three major awards.

Upon his return to Hungary, Jeno realized that there is a real need for a film academy which teaches the study of film as a business and gives a comprehensive training of the entire film profession. Hence, he founded an international film-school, the Budapest Film Academy and created a joint program with the well-established Hungarian Eötvös Loránd University.